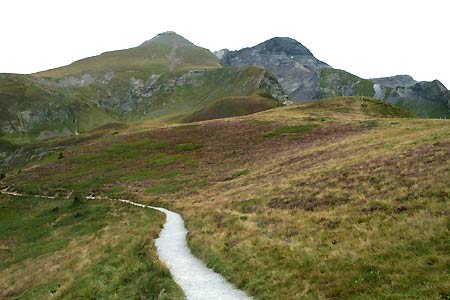 Caption - photo 800704 - Shortly after leaving Grosse Scheidegg the path traverses rough grassland with the Schwarzhorn rising ahead. This is the least spectacular view of this mountain which is easily recognised from some angles by the notch in its south ridge.

Either use the back button or the navigation bar to return to the photo gallery lists.